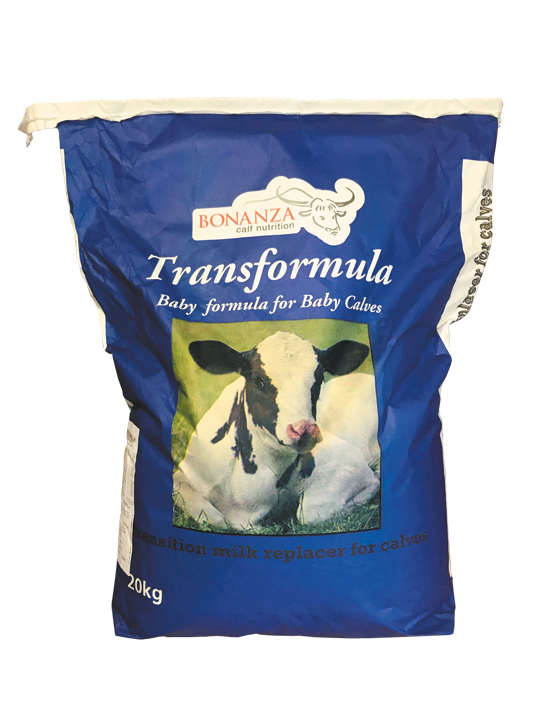 Search for a stockist
Transition milk is the milk cows produce after colostrum and before they produce what we consider milk. It is higher in most nutrients and antibodies and is highly beneficial to feed to calves. However, the effect of a high total bacterial count in transition milk and the risk of spreading disease offset these benefits. Using Transformula is the perfect solution and gives baby calves what baby calves need.
Transformula – the only transition milk replacer for baby calves

The gut has no function in the foetus and only really develops in the last month of gestation and in the weeks after birth. This development is both physical and microbial. Prior to birth the calf’s digestive system has a microbial community or Microbiome ready to become active after birth. The ingestion of colostrum and transition milk is key to the health of this microbiome and to the health and development of the calf

The microbiome is influenced from the very beginning and prebiotics in colostrum help kickstart the calf’s digestive and immune system, followed by transition milk. The gut is also very porous at birth, which allow colostrum antibodies to be absorbed whole but is also a site for bad bugs to enter the calf’s system. It takes several days for the gut to become much less porous, leaving the calf highly vulnerable to pathogens for quite some time.

Feeding transition milk (milk produced by the cow from day 2-4) is key to encouraging the production of acid and enzymes in the calf and the full closure of the gut wall.

The calf is very limited in what it can digest in the days after birth and providing the wrong feed at this stage limits gut development, gut closure, energy intake and the ability of the calf to fight infection.

Oligosaccharides, found in cows transition milk, are unique to Transformula transition milk replacer. They act as a prebiotic for beneficial bacteria and aid in preventing pathogens binding to the lining of the gut which often present themselves as scour in the young calf. They also promote cell proliferation, therefore reducing the time taken for closure of the porous gut.

Using Transformula limits the risk of disease spread in the herd and the pay back of the investment is less calf treatments, stronger calves at two weeks old and more even calves.

Transformula is not a magic bullet – it just allows nature to take its course.

Are We Underestimating the Importance of Transition Milk? Read more 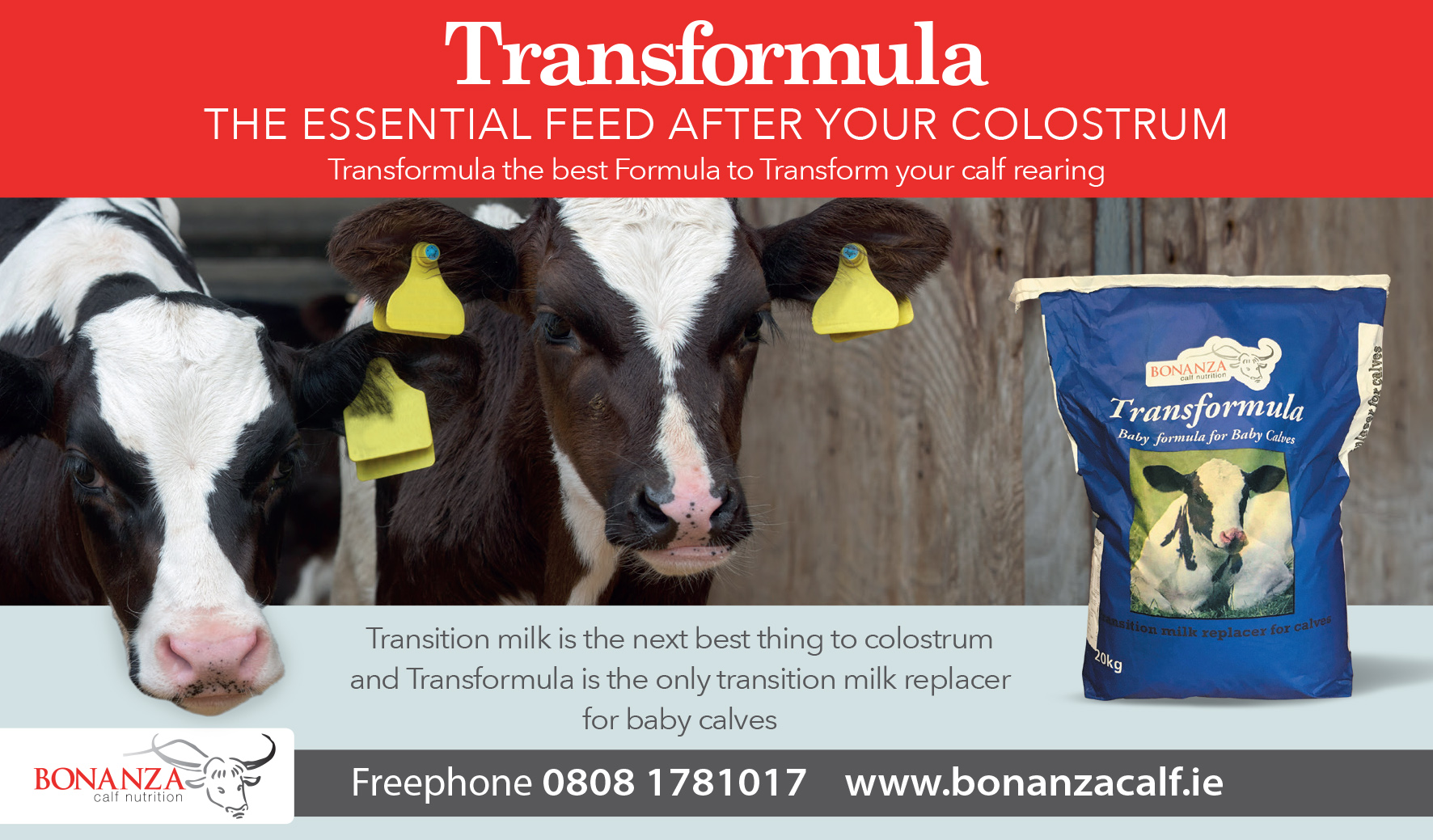 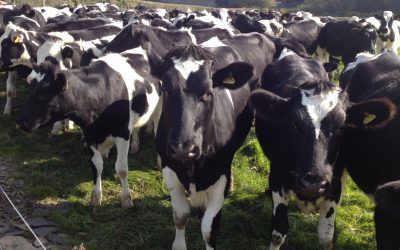 Do calf jackets help prevent disease? What is the best bedding to prevent disease in calves? Is there much of a risk to calf health if you don’t clean out calf pens and keep adding plenty of straw? Find out more in our frequently asked questions.

END_OF_DOCUMENT_TOKEN_TO_BE_REPLACED 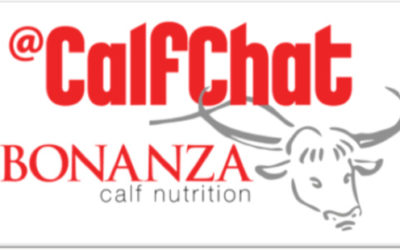 @CalfChat is an initiative by Bonanza Calf Nutrition whereby farmers can discuss their calf rearing experiences. It is aimed to provide an unbiased platform for farmers to be able to freely share their experiences and ask questions they may not ask otherwise.

END_OF_DOCUMENT_TOKEN_TO_BE_REPLACED

Transition milk is produced by the cow after colostrum and before regular whole milk. The amount of milkings it can take varies between cows but it is generally milkings 2-6 post-partum.