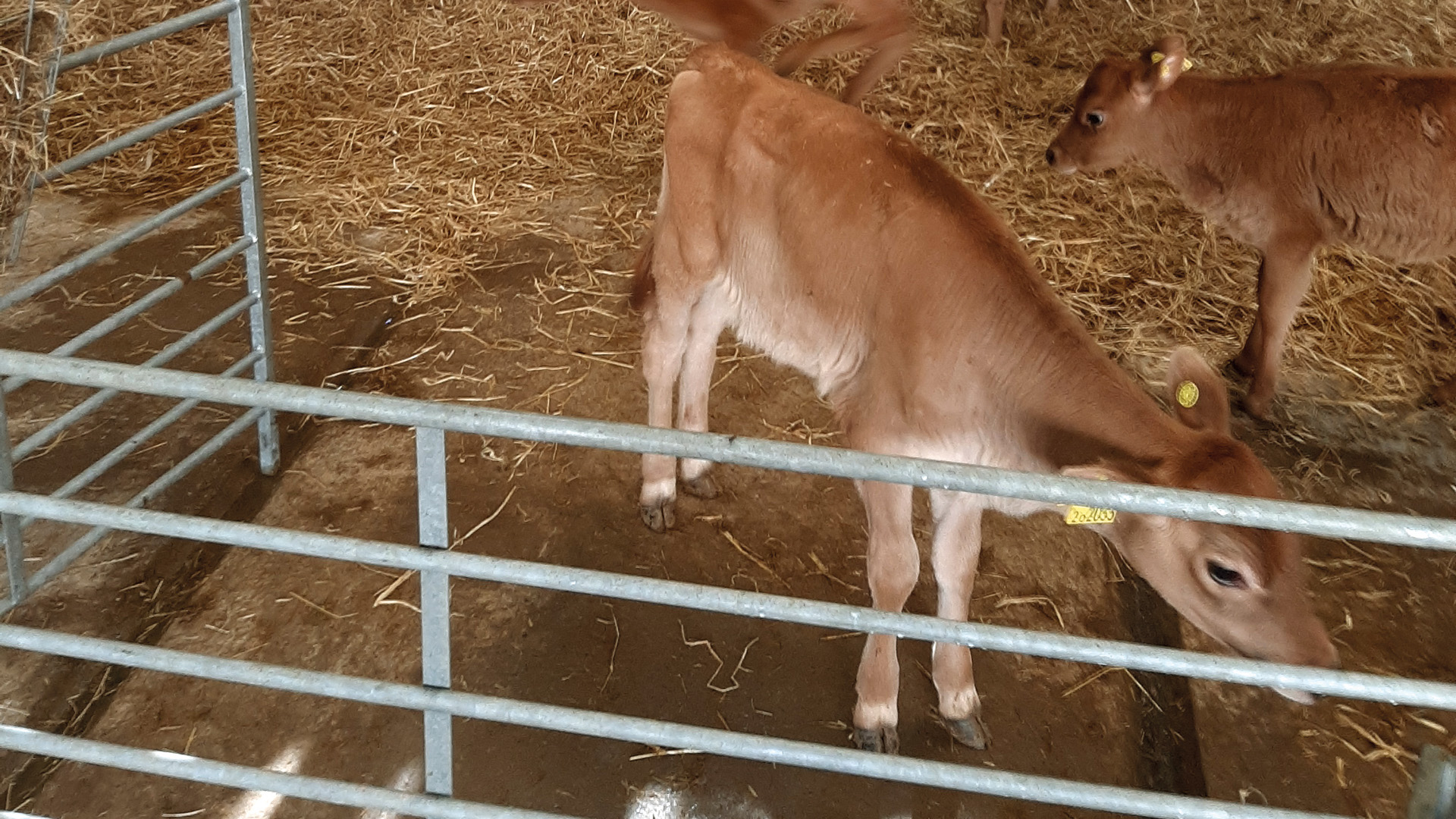 Gareth Wyn-Evans took over as farm manager at Langage Farm in December 2019, after sorting some of the immediate issues he decided to look at youngstock rearing.

The Langage herd consists of 264 Pedigree Jersey cows split into an Autumn calving block of 131 and a spring calving block of 133 (Nov 2021), producing high butterfat milk to be processed on site to make Clotted Cream, Yoghurt and Ice Cream products under the Langage brand and for several major Supermarkets.

Too many calves were being lost leading to not enough replacements coming through the system. Paul Godfrey of Perkins Animal Health & Nutrition suggested asking Stuart Fry of Bonanza Calf Nutrition for some advice. Stuart says Gareth’s first words were, “I want things to improve but without spending any money!”

The shed was basically a shell, poorly ventilated and badly lit, we needed to improve ventilation, without causing draughts, knockdown some internal partitions and clean everything thoroughly.

Gareth and his staff took this on board and started working on it immediately, we then looked at the Colostrum policy and decided to ensure all calves received 4 litres of mother’s colostrum, we took into account the Johnes status of the mother and started to store as much clean Colostrum as possible.

“The changes to the house and good protocols to follow have helped a culture shift amongst staff, calves and particularly calf house hygiene are now seen as necessity instead of a chore’’

We then used TRANSFORMULA milk powder for the first 10 days to help control disease’s (especially Crytospiridium, which had been an issue) they then moved on to a Skim milk powder Freshstart Elite all bought from Perkins Animal Health.

Two years on and it’s a different world with significant improvements to calf mortality the shed continues to be improved and thanks to Gareth and Claire May’s (main calf rearer) attention to detail the calves get off to a great start. More well grown and well-bred heifers coming through allows Gareth more choice and the ability to cull harder amongst older cows to improve the whole herd.

Gareth says ‘The changes to the house and good protocols to follow have helped a culture shift amongst staff, calves and particularly calf house hygiene are now seen as necessity instead of a chore’. This has led to a mortality rate of 1.5% in the 131 calves born this autumn, a figure Claire wants to improve in the spring.