Success for Gardner’s farm on Transformula 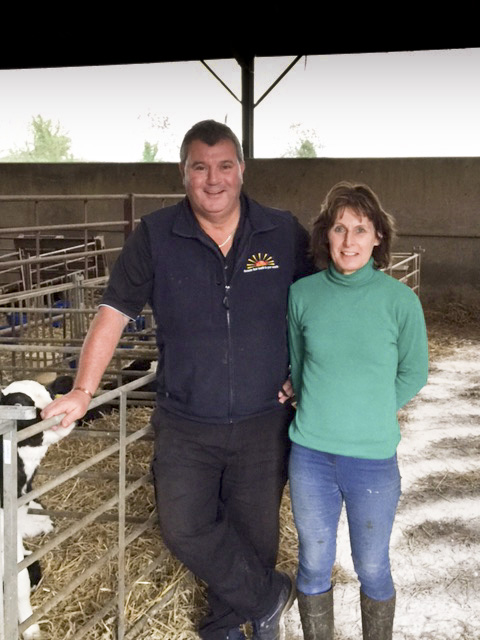 Cases of scour among young calves at a Wiltshire farm have all but disappeared after they were reared on a transition milk replacer for seven days. Calf health at Gardeners Farm, Hullavington, has always been good – farmer Ashton Hawker says there were just two mortalities among 400 calves last year.

Ashton’s sister, Roz Goss, is in charge of calf rearing at the farm. She aims to double calf weights by weaning at 56 days to achieve calving at two years and for this reason it is essential that calves get a healthy start. But with some calves succumbing to scour and a small issue with rotavirus in the herd, Roz embarked on a trial using Transformula. In order to protect calves against rotavirus, farmers vaccinate cows to increase the level of antibody in colostrum but this is only partially effective, unless colostrum or transition milk is continued to be fed for at least 7-14 days.

Transformula delivers all the performance benefits of transition cow milk without the disease risk of Johnes. Eight calves at Gardeners Farm, which were given four litres of colostrum within six hours of birth followed by colostrum and transition milk for three days, were then fed 350g of Transformula twice daily for the next seven days. These calves were then reared on the Shine system, as is the normal practice at the farm.

Roz reports no cases of scour in these calves. She was so impressed that she bought more Transformula from her local merchant, Nutrimin, and fed this to other calves.

“Scour was very limited and of those that did go loose, recovery was much quicker.”

Because of Johne’s disease and practical issues on many farms, most calves only receive one or two feeds of colostrum before going on to milk replacer. Transition milk contains a surface antibody that can replace the colostrum antibody and this will remain in the small intestine to help maintain calf intestinal health.

“If Transformula can reduce mortality at Gardeners Farm from its already low point of 0.5% to 0.25% that is a plus,’’ says Stuart. Stuart says the benefits of colostrum are a given but increasingly there is a realisation that this is not the full story. “The surface of the small intestine is like an external skin and has to withstand the physical and chemical abrasion of food, digestion and the continuous attack of pathogenic organisms,’’ he says.

“The cells of the small intestine are replaced by new cells within a few days of birth and the surface antibody from colostrum, at this stage, is rapidly depleting leaving these new cells vulnerable to attack.’’

At around £14-15/calf, the net cost of feeding Transformula is £5 over standard milk replacers but it has been shown to vastly improve calf growth rates during and after feeding. “Transformula provides calves with ultrahigh levels of milk and egg protein as well as plant and yeast extract for eight days instead of low levels for eight weeks,’’ says Stuart.